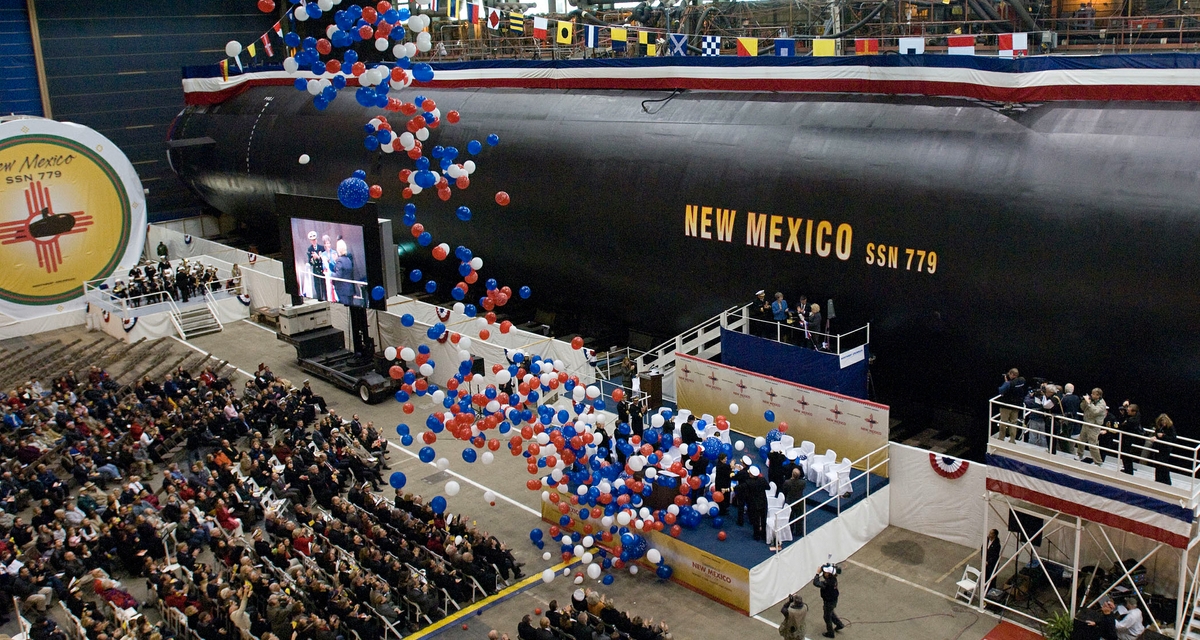 The ship's sponsor, Cindy Giambastiani performed the traditional honor of breaking a bottle of American sparkling wine across the submarine's hull. Mrs. Giambastiani is the wife of Admiral Edmund P. Giambastiani, USN (ret), 7th Vice Chairman of the Joint Chiefs of Staff.

"When I look at this amazing submarine, I can't help but think of those three words -- duty, honor and country -- and especially the first: duty," said Mrs. Giambastiani. "It's what calls people to service ... it's also what calls the men and women of Northrop Grumman and Electric Boat to build the safest, highest-quality and most technologically advanced ships in the world for the United States Navy."

"Tradition is an important part of our heritage as shipbuilders ... it says so much about our professionalism, our commitment to quality and our sense of accountability," said Mike Petters, president of Northrop Grumman Shipbuilding. "No matter whether our job title is welder, manager, foreman, vice president, construction superintendent or president, first and foremost we are shipbuilders."

"Building great ships is a team sport, and we are certainly proud of our teammates: the shipbuilders of the Northrop Grumman Shipbuilding-Newport News and General Dynamics Electric Boat," said Adm. Kirkland H. Donald, director of Naval Nuclear Propulsion. You continue to set high standards of craftsmanship and efficiency that set you apart as leaders in both the shipbuilding community and in your local communities as well."

The ship's construction began March 2004 and the keel was authenticated during a ceremony held, April 12, 2008. New Mexico is named for "The Land of Enchantment." Upon delivery to the Navy in 2009, it will be the most modern and sophisticated attack submarine in the world, providing undersea supremacy well into the 21st century.

Northrop Grumman Shipbuilding will launch New Mexico into the James River early next year. Once the ship is in the water, it will be moved to the submarine pier where final outfitting and testing will take place. 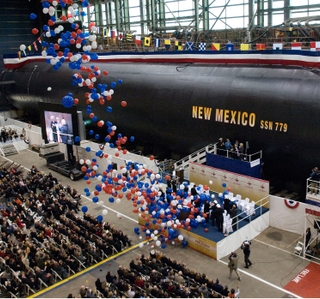