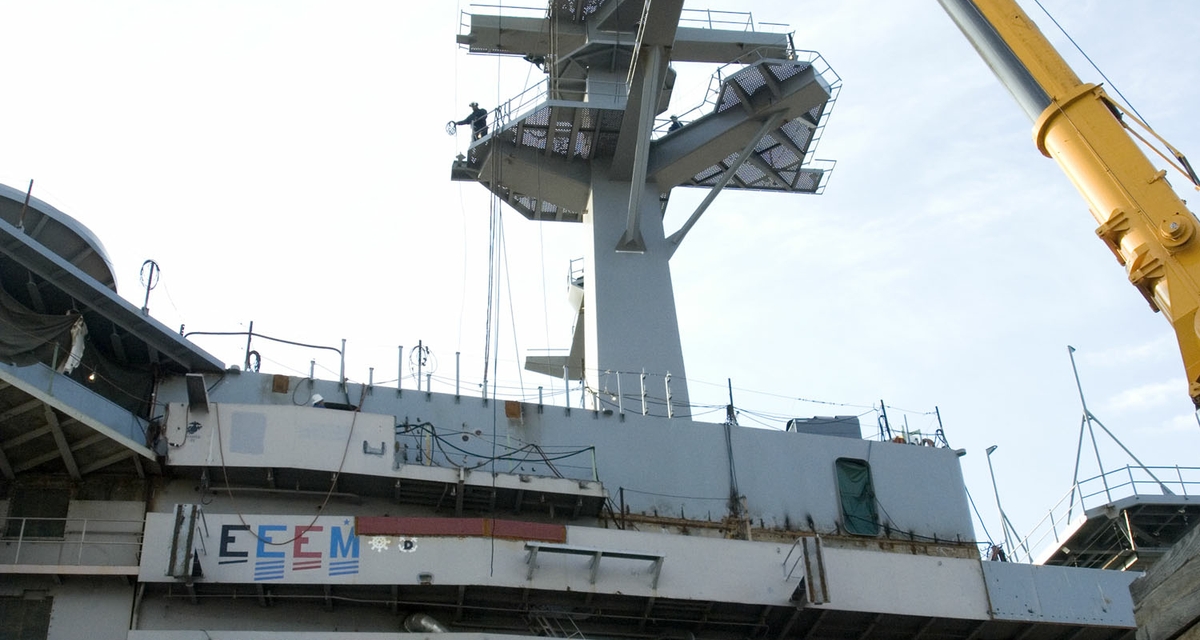 The carrier is undergoing a refueling and complex overhaul (RCOH) at the company's Newport News sector, the nation's sole designer, builder and refueler of nuclear-powered aircraft carriers. An important aspect of this availability includes modernizing the ship's island with the latest technology and installing a new main mast.

"Our combat systems team accomplished this work on schedule with a sense of pride and commitment," said Jerry Howlett, Northrop Grumman Newport News construction superintendent for the CVN 70 program. "Achieving this key event positions us for future successes during the RCOH."

The 70-ton structure provides a platform for radar and communication systems high above the ship for maximum coverage. During refurbishment, the original round mast pole was removed and replaced with a modified, tapered square pole to increase strength and keep electrical and piping systems enclosed for survivability purposes. It is also larger, which allows for waist-high safety rails and easier access to all areas by internal ladders. USS Carl Vinson's new main mast is similar to what was installed on George H. W. Bush (CVN 77), the newest Nimitz carrier under construction.

"Accomplishing this last major topside construction milestone before our undocking later this year is a truly exciting milestone, and a further demonstration of the success Team Vinson has had thus far in keeping our challenging overhaul on schedule," said Capt. Ted Carter, commanding officer of Carl Vinson. "Achievement of this milestone also sets us up for our mast re-stepping ceremony on March 6, which will be an important, traditional step in Carl Vinson's ongoing return to 'life.'"

The removal and reconfiguration of the island structure and main mast began shortly after the ship arrived on Nov. 11, 2005. 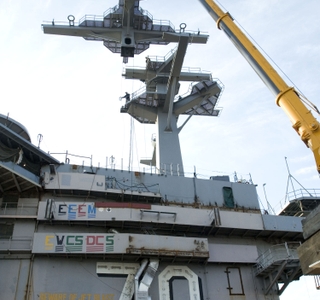 The removal and reconfiguration of the island structure and main mast

The removal and reconfiguration of the island structure and main mast began shortly after the ship arrived on Nov. 11, 2005 for its refueling and complex overhaul at the Newport News sector. Photo by Ricky Thompson