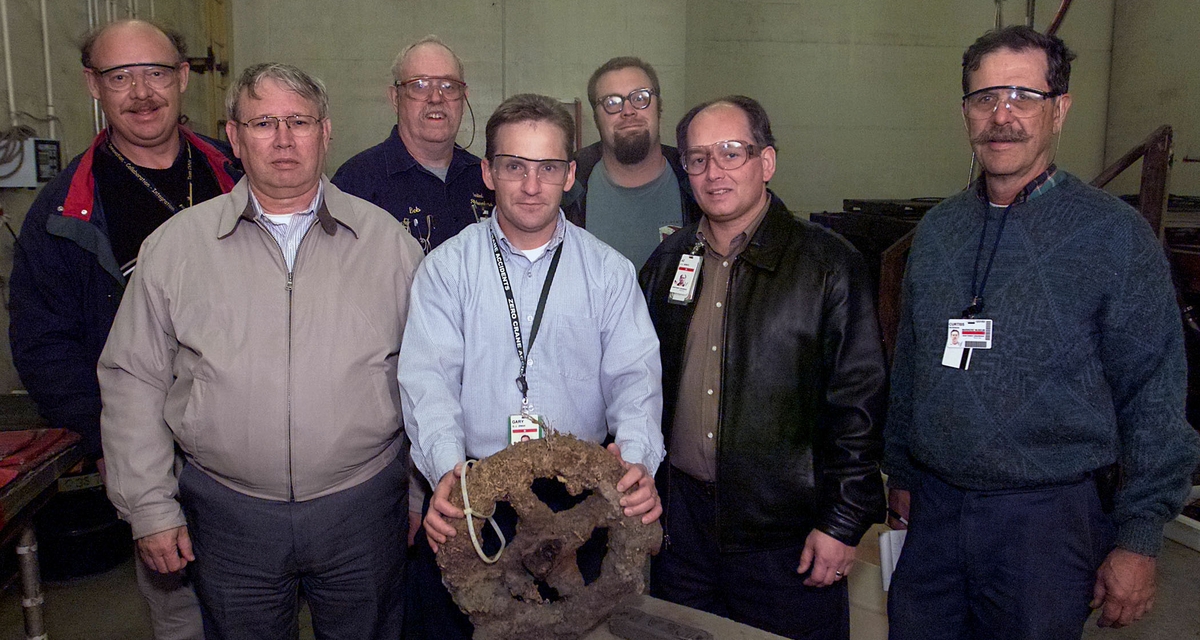 NEWPORT NEWS, Va., Nov. 19, 2003 (PRIMEZONE) -- Northrop Grumman Corporation (NYSE:NOC) employees recently provided X-ray services to identify artifacts recovered from the wreck of the USS Monitor. Northrop Grumman's Newport News sector provided the service at the request of conservators from The Mariners' Museum to help identify a dozen small artifacts recovered from the Civil War ironclad, which sank off the coast of Cape Hatteras, N.C. in 1862 and is now protected by a national marine sanctuary managed by the National Oceanic and Atmospheric Administration (NOAA).

The equipment used in this effort was a linear accelerator high-energy X-ray machine. Northrop Grumman Newport News is the only shipyard to own such a machine, which is normally used to inspect heavy metallic castings poured in the shipyard's foundry before they are used for ship construction. Shipyard employees X-rayed artifacts that were beneath decades of marine growth and encrustation. The X-rays revealed a shoe, a valve handle, a piece of the Monitor's hull, a piece of chain and a tread from the engine room floor. "We are happy to be part of this ongoing project with The Mariners' Museum and NOAA," said Ike Isenhour, senior project engineer, Newport News Nondestructive Testing unit, who helped coordinate the X-ray efforts. "As shipbuilders, we take special pride in helping to preserve such an important part of naval history."

Since 2000, Newport News employees have volunteered their help and expertise to the Monitor recovery project by off-loading artifacts at shipyard piers and docks, constructing conservation tanks at The Mariners' Museum, and performing topographical ultrasonic inspections and X-rays of the recovered items. The Monitor was the U.S. Navy's first ironclad and is known for its battle with the Confederate ironclad CSS Virginia, which ended in a draw in Hampton Roads on March 9, 1862.

"Northrop Grumman Newport News has played a major role in the history of The Mariners' Museum. More recently, the company's vital role in the movement, conservation and exhibition of artifacts from the Monitor has been both critical and invaluable," said Museum President and CEO John Hightower. "Northrop Grumman's efforts with The Mariners' Museum, especially in terms of volunteers in the Apprentice Program and hosts of other employees, have been extraordinary."

"NOAA and The Mariners' Museum are fortunate to have Northrop Grumman Newport News for a neighbor and partner," said Dr. John Broadwater, manager, NOAA Monitor National Marine Sanctuary. "The company's cutting-edge technologies and engineering expertise have been invaluable in the complex process of analyzing Monitor artifacts. Thanks to their enthusiastic assistance, we have been able to examine and analyze objects from the Monitor and determine the best methods for handling and treating those often fragile artifacts to ensure that they will be preserved for future generations."

In 1987, The Mariners' Museum was designated by NOAA, on behalf of the federal government, as the repository for artifacts and archives from the USS Monitor. Working hand in hand with NOAA and the U.S. Navy, the museum has received over 1,100 artifacts from the Monitor, including the steam engine, propeller and revolving gun turret. The Mariners' Museum is currently underway with a $30 million national capital campaign to construct the USS Monitor Center addition to the Museum. With funding from both public and private sources, the Center will open in 2007. Developed in collaboration with NOAA, the USS Monitor Center will serve as the definitive national authority and repository for materials, research and programming related to the history of the Monitor-and the larger, and lesser known, story of the naval history of the Civil War.

Visit The Mariners' Museum at www.mariner.org 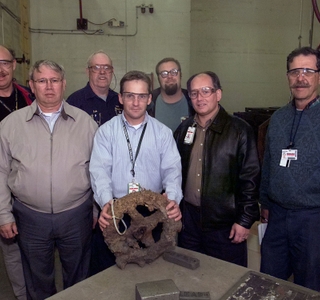