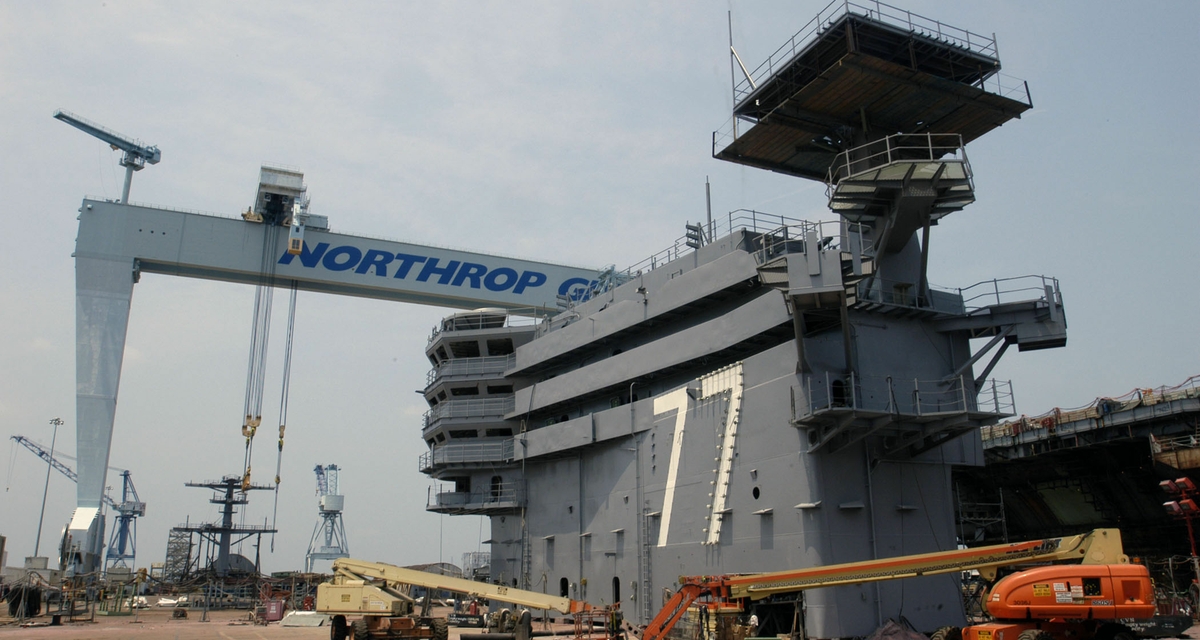 Pierce and Shoulars have both worked at the company's Newport News sector for 34 years and said they were proud to paint the numbers for what will be the tenth and final ship of the Nimitz-class.

"I have painted the numbers of several ships, but with this one being the last of the class, I am a part of history," Shoulars said.

Pierce, who plans to retire after the Bush is delivered to the Navy, said this was the first time he's painted the numbers on a ship. "The Bush will be the last ship I work on, and it feels good to know I am a part of it," he said.

Northrop Grumman Newport News is building the George H. W. Bush using modular construction, a process where smaller sections of the ship are welded together to form units called "super lifts." These super lifts are pre-outfitted and then lifted into the construction dry dock with the sector's massive 900-ton gantry crane. The island is the 161st and final super lift in the ship's construction schedule and will weigh approximately 700 tons when it's lifted onto the flight deck next month.

The George H. W. Bush's keel was laid Sept. 6, 2003. The christening will occur in October 2006 with delivery to the U.S. Navy in late 2008. For more information, visit www.nn.northropgrumman.com/bush/island.html. 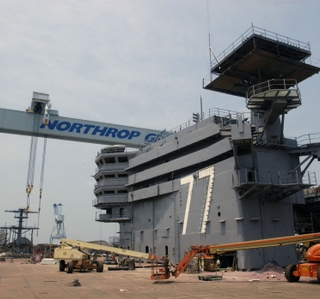 CVN 77's island is the 161st and final super lift in the ship's construction schedule and will weigh approximately 700 tons when it's lifted onto the flight deck July 8.