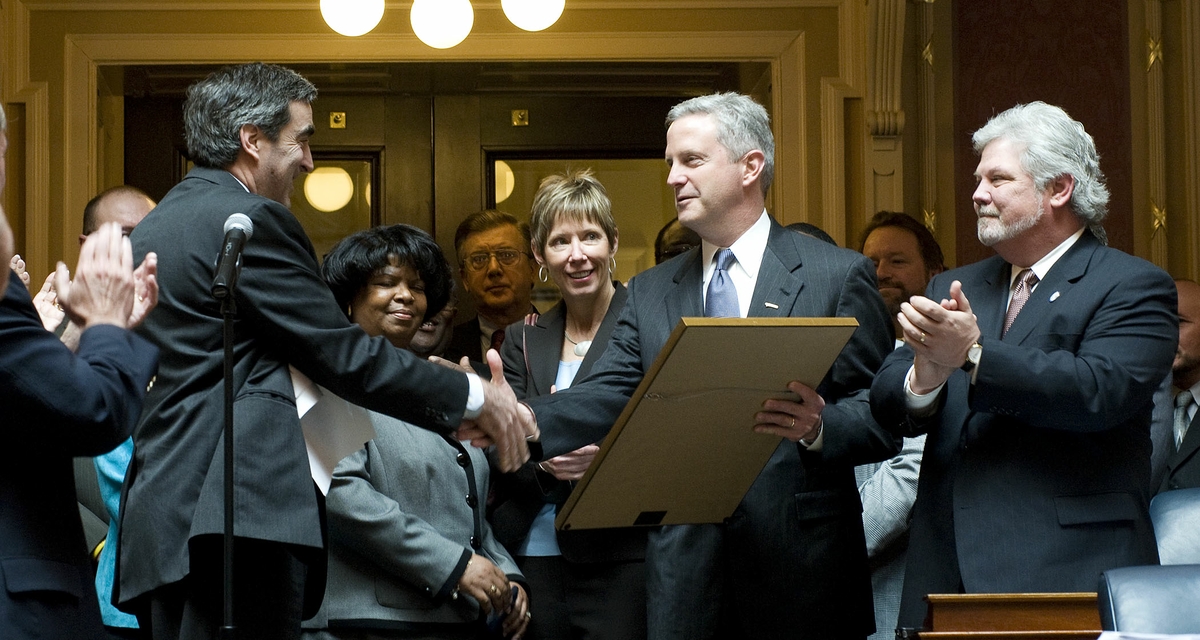 NEWPORT NEWS, Va., April 9, 2009 (GLOBE NEWSWIRE) -- The shipbuilders of Northrop Grumman Corporation (NYSE:NOC) were honored by the Virginia House of Delegates during a ceremony held on April 8 at the start of the Reconvened Session.

The 2009 General Assembly adopted a resolution commending the employees of the company's Shipbuilding sector on the completion of the USS George H.W. Bush (CVN 77), the 10th and final Nimitz-class aircraft carrier built in Virginia. During a ceremony on the floor of the House of Delegates, the final signed copy of the resolution was presented to a delegation of shipbuilders who worked on USS George H. W. Bush and other ships in the Nimitz class. The resolution, sponsored by Delegate Glenn Oder of Newport News, was adopted unanimously by both the House of Delegates and the State Senate.

"The shipyard remains a place where the spirit of American craftsmanship lives, grows and is celebrated," said Oder. "I hope we demonstrate with this resolution to these shipbuilders how much we thank and appreciate them."

"It's an honor to be here," said James Witt, a 47-year employee who has worked on every Nimitz class carrier. "I want to thank everyone I have worked with for the past 47 years. This is a great honor and they should share in it. It was a dream come true that I was able to represent the shipyard today." 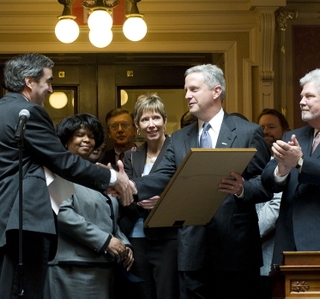 Delegate Glenn Oder of Newport News presented Northrop Grumman vice president Scott Stabler and a delegation of shipbuilders the final signed copy of a resolution commending employees of the company's Shipbuilding sector on the completion of the USS George H.W. Bush.