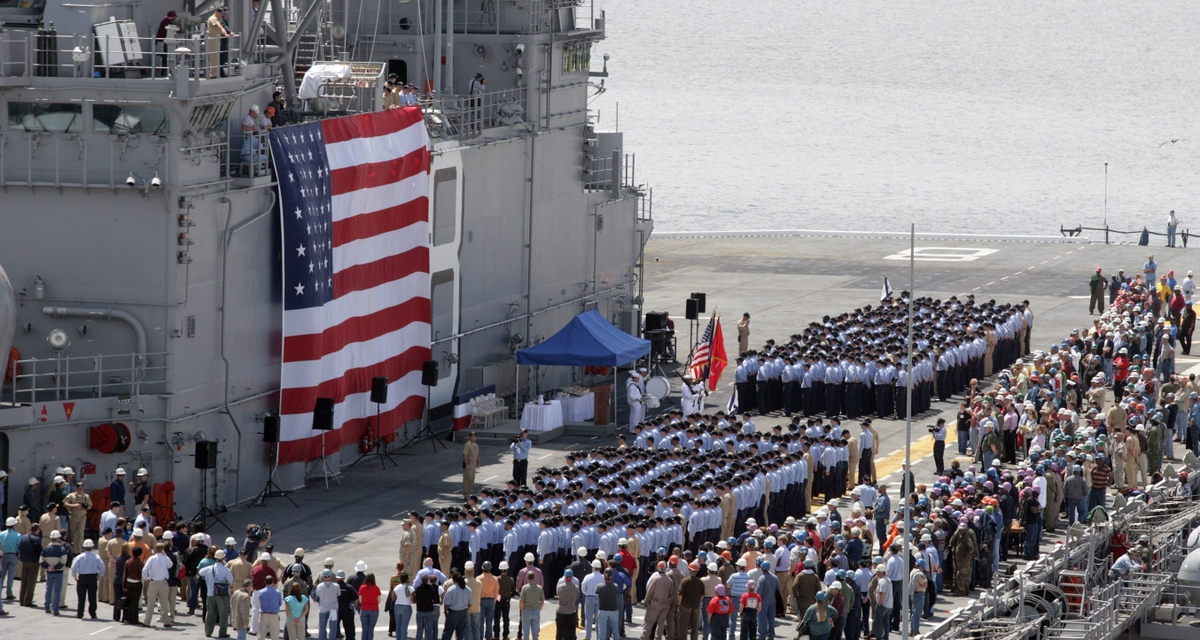 A photo and video accompanying this release are available at http://media.globenewswire.com/noc/

"We made a commitment to deliver this ship to the U.S. Navy in the second quarter of this year and through a determined effort by our shipbuilders, we successfully met this milestone," said Irwin F. Edenzon, sector vice president and general manager, Northrop Grumman Shipbuilding-Gulf Coast. "This delivery will provide sailors and Marines a critical tool in performing their sea power missions worldwide. LHD 8's diverse capabilities will make it a significant and important member of the fleet."

Makin Island (LHD 8) was delivered to the U.S. Navy after successfully completing acceptance sea trials. Acceptance trials are conducted to allow representatives of the U.S. Navy Board of Inspection and Survey to witness and evaluate operation of ship systems and ship performance.

As a multi-purpose amphibious assault ship, Makin Island is designed to transport and land a Marine Expeditionary Unit, a force of almost 2,000 Marines, ashore by helicopter, landing craft and amphibious assault vehicle. It will also have secondary missions of sea control and power projection by helicopter and fixed-wing vertical short take-off and landing aircraft; command and control; and mission support, including a hospital with six operating rooms. Makin Island is scheduled for commissioning at its San Diego homeport in October 2009. 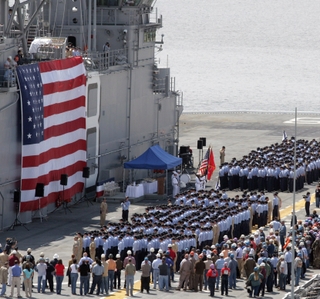 U.S. Navy Sailors and Northrop Grumman shipbuilders together manned the flight deck of Makin Island (LHD 8) for the delivery ceremony on Thursday, April 16.