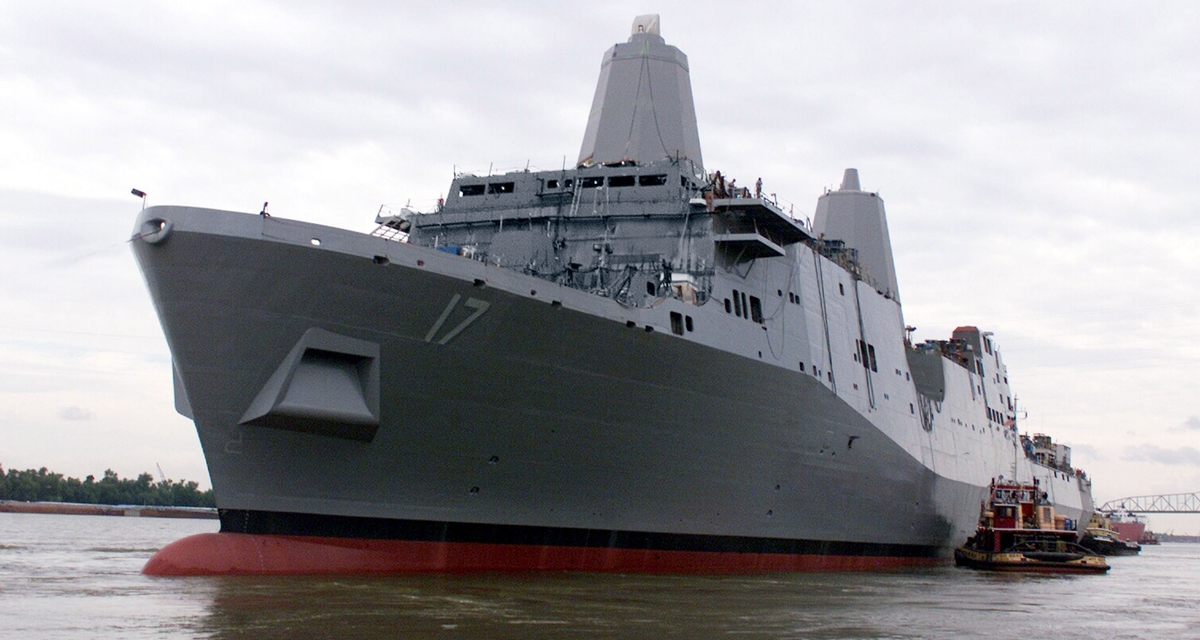 NEW ORLEANS, La., July 16, 2003 (PRIMEZONE) -- Northrop Grumman Corporation's (NYSE:NOC) Ship Systems sector will christen San Antonio (LPD 17), the first in a new class of 12 amphibious transport dock ships being built for the U.S. Navy, during a 10 a.m. CDT ceremony on Saturday, July 19, 2003. Hundreds of invited guests and employees will be in attendance for the dockside ceremony at the company's Avondale Operations, alongside the Mississippi River near New Orleans, La.

The 684-foot-long ship is named in honor of the city of San Antonio, Texas. The ship's sponsor is the Honorable Kay Bailey Hutchison, U.S. senator, State of Texas. Mrs. Trisha Wilson and Mrs. Peggy Carr, both of Dallas, and Mrs. Cathy Obriotti Green of San Antonio, are the ceremony's Matrons of Honor, and will join Senator Hutchison at the culmination of the christening ceremony when she breaks a bottle of Texas sparkling wine across the new ship's bow.

Also on hand will be the Honorable Ed Garza, Mayor of the City of San Antonio, as well as former Secretary of the Navy John Dalton, who chose the name San Antonio for this first of a class, and his wife, Margaret, who is president of the Society of Sponsors of the U.S. Navy.

Northrop Grumman Ship Systems includes primary operations in New Orleans and Tallulah, Louisiana, and Pascagoula and Gulfport, Miss., as well as in a network of fleet support offices in the U.S. and Japan. Ship Systems, which presently employs more than 17,000 shipbuilding professionals, primarily in Louisiana and Mississippi, is one of the nation's leading full-service systems companies for the design, engineering, construction, and life cycle support of major surface ships for the U.S. Navy, U.S. Coast Guard and international navies, and for commercial vessels of all types. 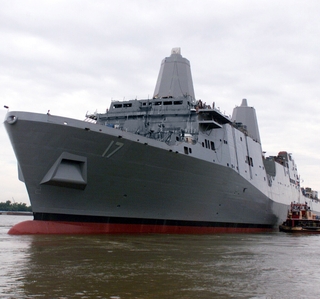 NEWEST NAVY SHIP LAUNCHED - San Antonio (LPD 17), the first of a new class of amphibious transport dock ships built for the U.S. Navy by Northrop Grumman Corporation's Ship Systems sector, will be christened at the company's Avondale Operations near New Orleans, La., on July 19, 2003. The 684-foot, 25,000-ton ship will join the fleet in 2005.