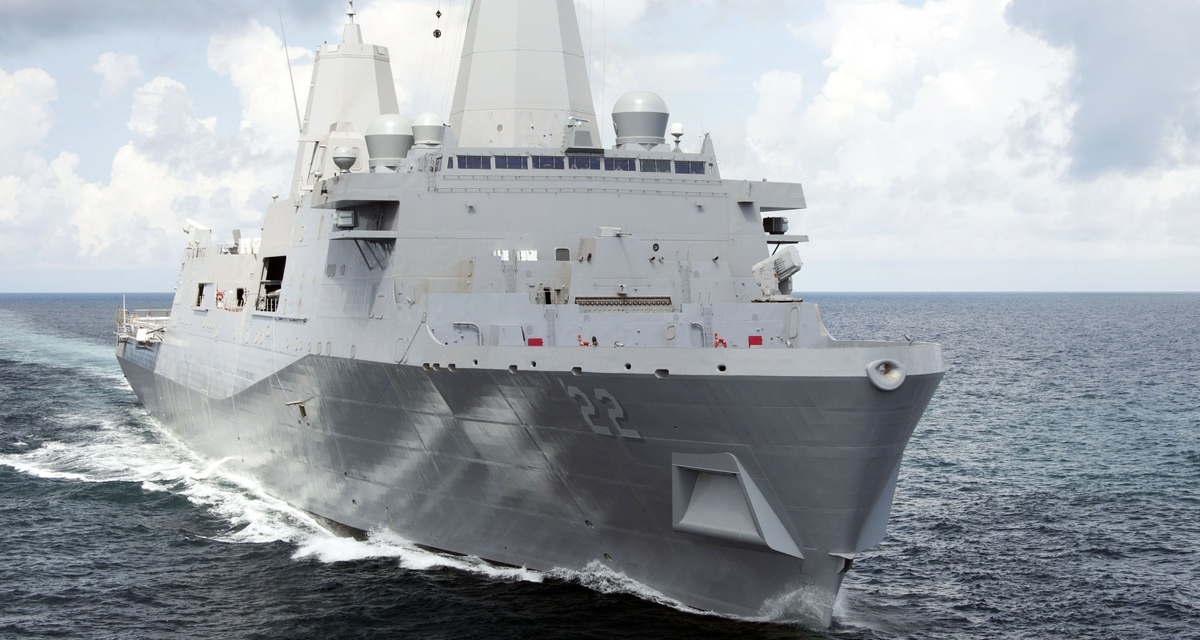 "This is one of the best and most successful trials I've been on aboard an LPD ship," said Doug Lounsberry, Ingalls' vice president and program manager, LPD 17 Program. "Everybody came together and worked hard to make this a great builder's trials, and I have been impressed with the dedication of our shipbuilders to get San Diego ready for this event. It takes four to five years to build one of these ships, and the men and women we have aboard this ship have invested a large part of their lives to seeing San Diego get to this point. I am very proud of each and every one of them for their hard work."

"This builder's trial has gone very well," said Richard Schenk, Ingalls' vice president, test and trials. "It has given us an opportunity to test many of the systems on this ship—from combat to steering to propulsion—and this ship has performed extremely well. When our shipbuilders get the opportunity to see the fruits of their labor—not just the finished ship but also how well it performs on trials—they are clearly proud of what they have accomplished. This has been a joint effort between our shipbuilders and the United States Navy. Just like our men and women, the ship's crew has also shown a lot of pride in this ship and is very excited to see what their new home is all about."

The ship will now prepare for acceptance sea trials to demonstrate the same tests and seaworthiness to the U.S. Navy's Board of Inspection and Survey (INSURV). The ship is scheduled to be delivered to the Navy by the end of 2011.

The LPD 17-class ships are a key element of the Navy's ability to project power ashore. Collectively they functionally replace more than 41 ships (the LPD 4, LSD 36, LKA 113 and LST 1179 classes of amphibious ships), providing the Navy and Marine Corps with modern, sea-based platforms that are networked, survivable and built to operate with 21st century platforms, such as the MV-22 Osprey.

The San Antonio-class ships are 684 feet long and 105 feet wide and displace approximately 25,000 tons. Their principal mission is to deploy the combat and support elements of Marine Expeditionary Units and Brigades. The ships can carry up to 800 troops and have the capability of transporting and debarking air cushion (LCAC) or conventional landing crafts, augmented by helicopters or vertical take-off and landing aircraft such as the MV-22. These ships will support amphibious assault, special operations or expeditionary warfare missions through the first half of the 21st century. 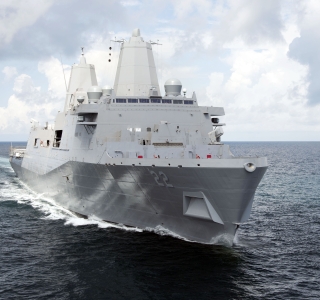