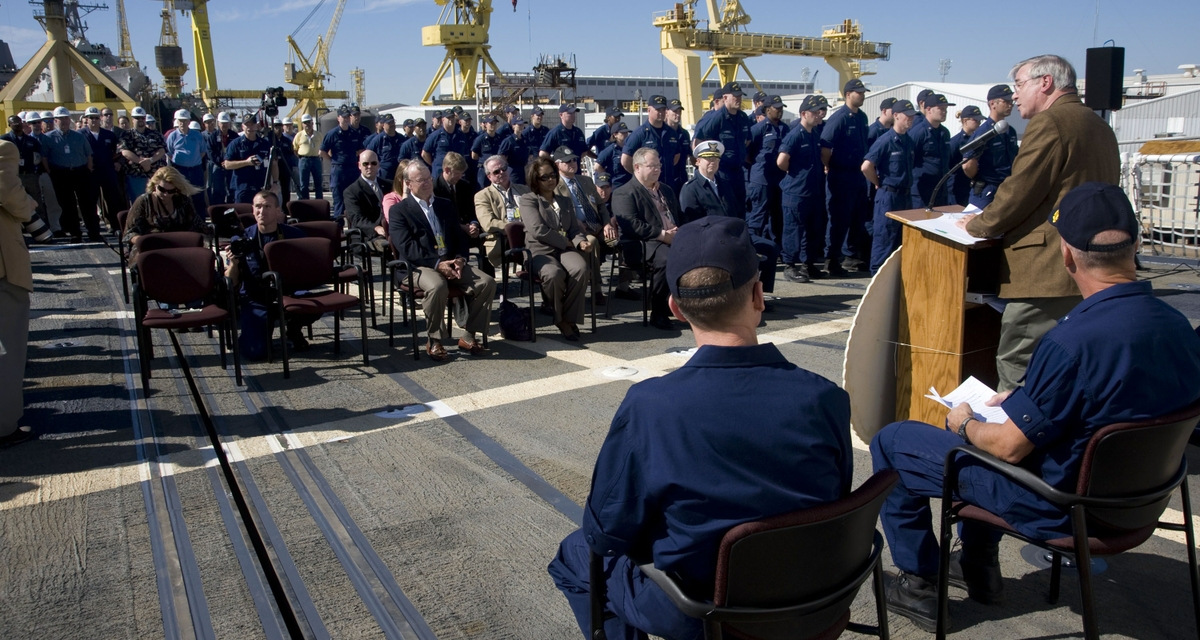 A photo accompanying this release is available at http://media.globenewswire.com/noc/mediagallery.html?pkgid=6808

"This is a proud moment for us," said Bob Merchent, Northrop Grumman Shipbuilding's vice president of surface combatants and U.S. Coast Guard programs. "It's the culmination of years of hard work by thousands of shipbuilders. We are delivering another technologically advanced ship to the Coast Guard. And once she becomes part of our nation's defense, we'll follow her progress with great interest and take pride in her successes."

Prior to delivery, Waesche successfully completed a rigorous round of sea trials. During acceptance trials last month, she performed all required sea trial evolutions for the U.S. Navy's Board of Inspection and Survey (INSURV) and proved its operational success with extensive testing of propulsion, electrical, damage control and combat systems. The success of the sea trials signaled the Coast Guard that the ship met all contractual requirements and would be ready to join the ranks of the Coast Guard's operational fleet.

Waesche is the second of eight planned ships in the new class of highly capable, technologically advanced multi-mission cutters. Northrop Grumman Shipbuilding is responsible for the construction and testing of the National Security Cutter (NSC)'s hull, mechanical, and electrical systems, while Lockheed Martin is building and integrating the command, control, communications, computers, intelligence, surveillance, and reconnaissance (C4ISR) capabilities onboard the cutters.

"Thank you to the skilled craftsmen here at the shipyard and elsewhere for building such a fine ship," said U.S. Coast Guard Rear Adm. Ronald J. Rabago, assistant commandant for Acquisition and Chief Acquisition Officer (CAO). "Your work will serve our nation, and the Coast Guard, for decades to come, providing for our safety and security. You've done great work here. You should be proud."

With the Coast Guard accepting delivery of the second NSC, the crew has begun to move aboard and operate the ship. Northrop Grumman will continue to complete work on the cutter under the guidance of the embarked crew and the ship's officers.

Waesche will remain at Northrop Grumman Shipbuilding until December and will be commissioned at its homeport in Alameda, Calif., in May.

As Waesche prepares to depart from the shipyard, construction of the third NSC, Stratton, continues to make significant progress. The ship is currently 68 percent erected and 27 percent complete, following a new build strategy that completely outfits each grand block prior to erection and reduces the number of crane lifts required to erect the ship. Stratton's next production milestone is stern release, scheduled for Feb. 2010.

The NSC is a 418-foot vessel with a 4,488 ton displacement at full load and is powered by a combined diesel and gas turbine power propulsion plant driving twin screws with a maximum speed of over 28 knots. The cutter includes an aft launch and recovery area for two rigid hull inflatable boats, an expansive flight deck able to accommodate a range of rotary wing manned and unmanned aircraft and state-of-the-art command and control systems. In addition, the cutter features improved habitability, and a design to facilitate optimized crewing and enhance onboard quality of life for a mixed gender crew.