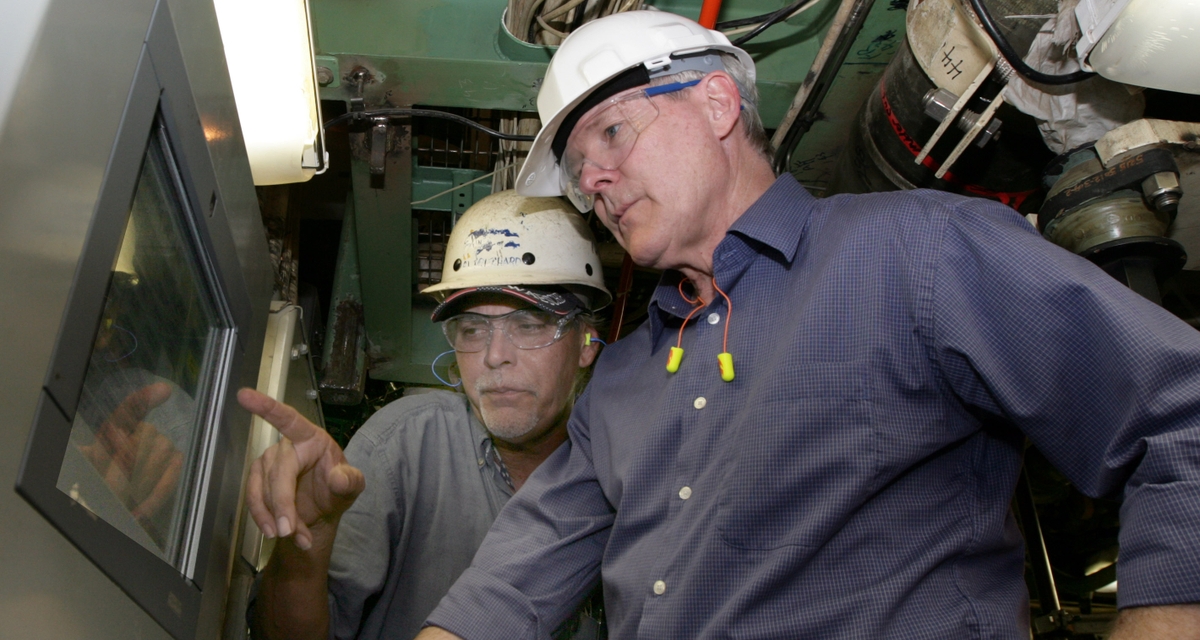 "The most impressive thing here is the quality of the workforce," Secretary Mabus said. "And the ships, these platforms - LHDs, LPDs and DDGs - are some of the most crucial platforms the Navy has. They allow the Navy to do amazingly flexible things like special forces operations, missile work and humanitarian assistance."

As part of the visit, Northrop Grumman Shipbuilding briefed Secretary Mabus on its current work and capabilities across all of the company's Gulf Coast facilities. He also toured various ships under construction, including the Aegis-guided missile destroyer Gravely (DDG 107), the amphibious transport dock ship San Diego (LPD 22), and the U.S. Coast Guard National Security Cutter Waesche (WMSL 751). Secretary Mabus met with shipbuilders and concluded his tour with a stop at Dewey (DDG 105), an Aegis destroyer delivered to the Navy on August 17. DDG 105 is the third ship delivered of four in 2009 by Northrop Grumman Shipbuilding - Gulf Coast.

"One of my focuses is to make sure that we build enough ships and that we have the ships to be a global Navy," Secretary Mabus said. "Because no matter how good the capability of each ship, they can't be in two places at one time."

In addition to construction of ships, the company's Gulfport facility specializes in composite shipbuilding and is currently building the deckhouse for the U.S. Navy DDG 1000 class of surface combatants as well as the composite masts for the LPD 17 class. 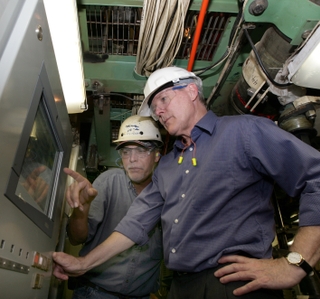