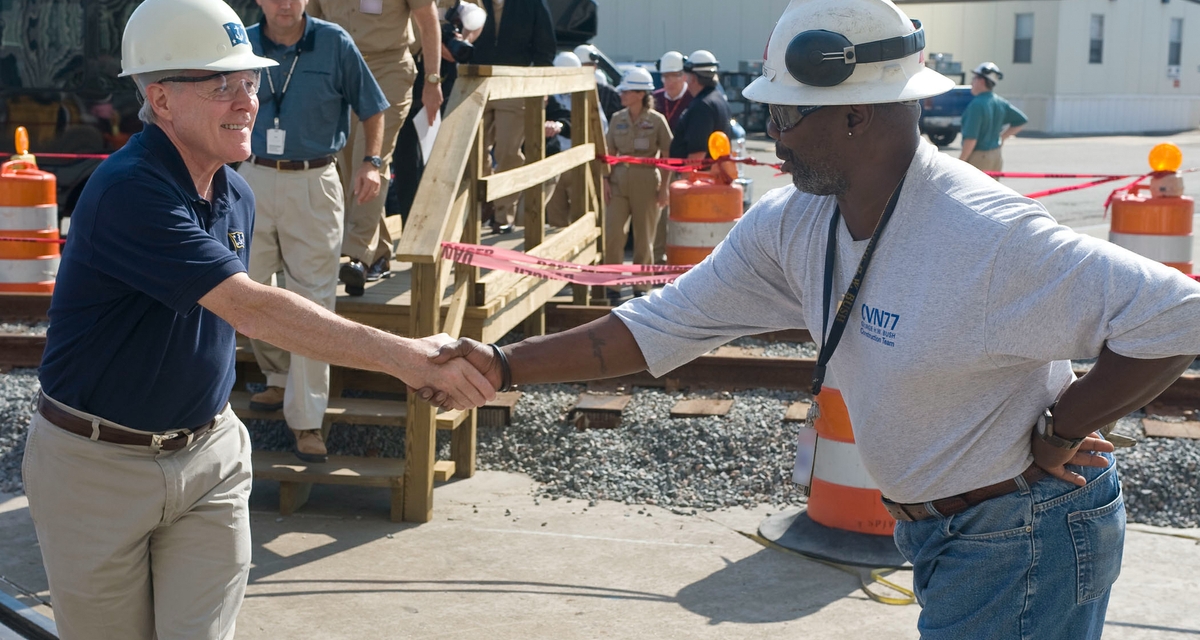 "I had a great visit to the shipyard today," said Mabus. "I got to see a lot of what Northrop Grumman does here with the Navy to build ships. The most impressive thing about the shipyard is the quality of the workforce. You've got fourth generation workers and the Apprentice School which is one of the most innovative and longest service schools of its kind."

"This is the only shipyard we have that builds aircraft carriers and one of two that builds submarines," said Mabus. "There is a need to protect and preserve the industrial base of the country. If you lose the skilled workforce, it's virtually impossible to get it back. It's one of the things we have to think about in Washington D.C. -- how we build ships, the number of ships we build, the type of ships to build -- to ensure we keep skilled workers in the industrial base." 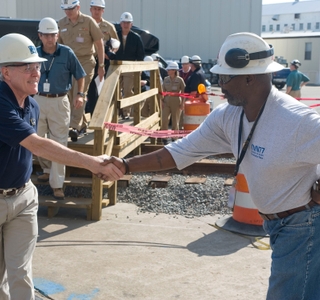