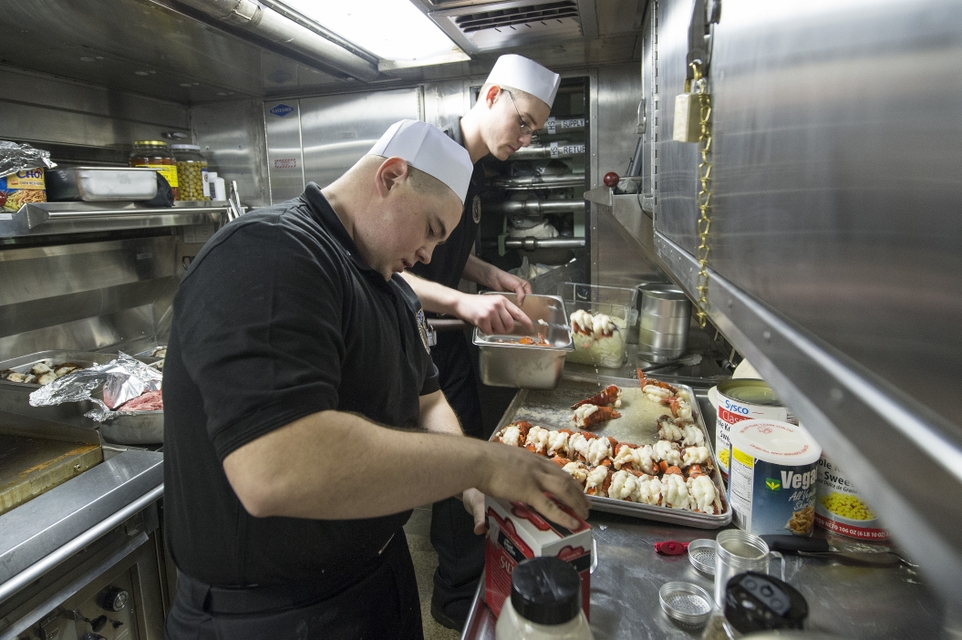 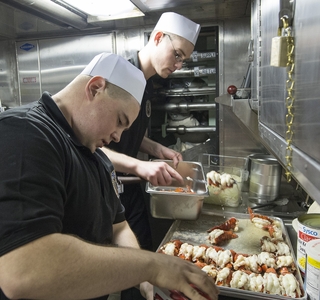 Sailors prepare surf and turf as the first meal for the 146-member crew that will serve aboard the submarine John Warner (SSN 785). Photo by Ricky Thompson/HII