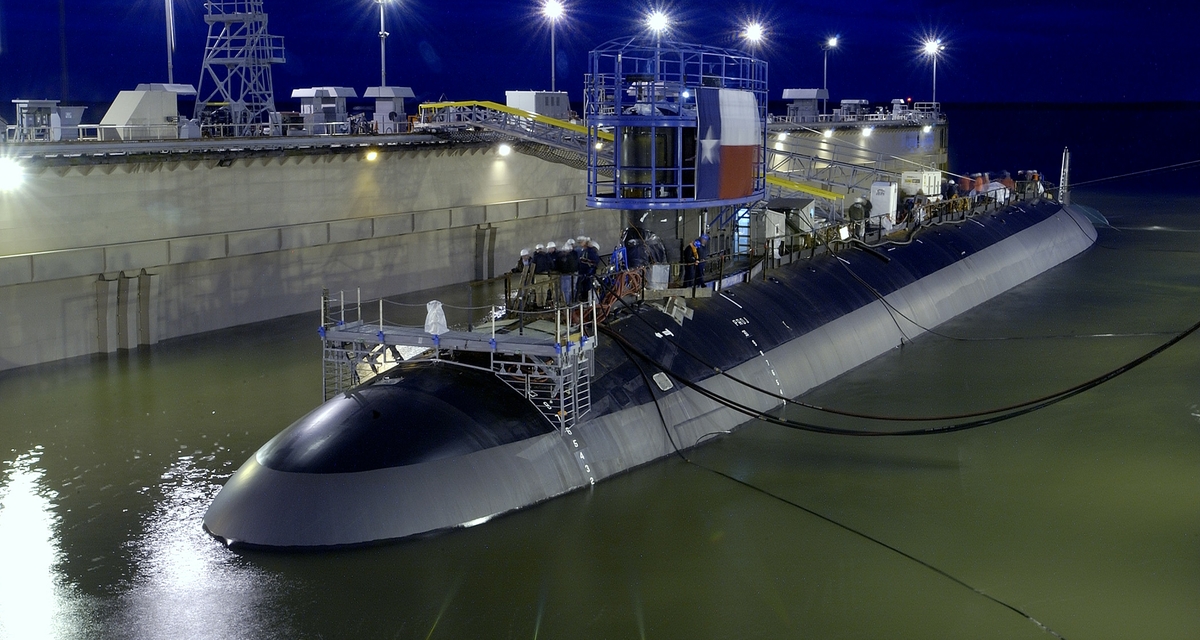 A video of this release is available at: http://media.primezone.com/cache/189/file/1829.wmv

Northrop Grumman's Newport News sector is teamed with General Dynamics Electric Boat to build the first 10 ships of the Virginia class. Current plans call for 30 Virginia-class submarines in the fleet. The first ship of the class, the USS Virginia (SSN 774) was delivered on Oct. 12, 2004. Virginia is the first major combatant delivered to the U.S. Navy that was designed with the post-Cold War security environment in mind.

Becky Stewart, vice president of submarine programs for Northrop Grumman Newport News, was among 150 employees and 40 sailors who participated in the launch. "Watching Texas take her first journey into the water was an exciting event for all of the people who have been involved in constructing the ship," Stewart said. "It's a milestone that the entire team, shipbuilders and crew members, have been working hard to achieve. This crucial accomplishment is a testament to the great talent, skill and dedication of our employees and the Texas crew."

Preparations for the launch began April 6 when the sector's floating dry dock, a transportable dock used to launch and dock ships, moved into position behind the Texas. The following morning a transfer car system raised the 7,800-ton submarine off its keel blocks and transported it 500 feet to the floating dry dock. On April 8, the floating dry dock, with Texas on board, moved into launch position and shipyard employees and Texas crew members completed final launch preparations. On April 9 the floating dry dock began to slowly fill with water and after seven hours, Northrop Grumman Newport News successfully launched Texas into the James River. Once in the water, tugboats moved Texas to the shipyard's submarine pier where final outfitting and testing will take place.

Captain John Litherland, Prospective Commanding Officer of the Pre-Commissioning Unit Texas, rode in Texas' sail as it touched water for the first time. "It's great to finally get the Texas into the water, her natural environment," said Litherland. "My crew and I are excited about achieving this significant milestone, and look forward to continuing our joint efforts with the men and women of Northrop Grumman Newport News to complete the construction and testing of this great ship and take her to sea."

Texas is the second ship of the Virginia class. With improved stealth, sophisticated surveillance capabilities and special warfare enhancements, it will provide undersea supremacy well into the 21st century.

The keel for Texas was laid on July 12, 2002 and the ship was christened on July 31, 2004. First Lady Laura Bush is the ship's sponsor and attended both ceremonies. The ship is scheduled to be delivered in 2006. For more information about the Texas, please visit www.nn.northropgrumman.com/texas. 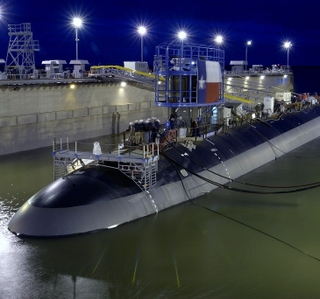 The floating dry dock holding Texas slowly fills with water before the submarine is launched into the James River on April 9.

The floating dry dock holding Texas slowly fills with water before the submarine is launched into the James River on April 9. Once in the water, tugboats moved Texas to Northrop Grumman shipyard's submarine pier, where final outfitting and testing will take place. Photo by Chris Oxley