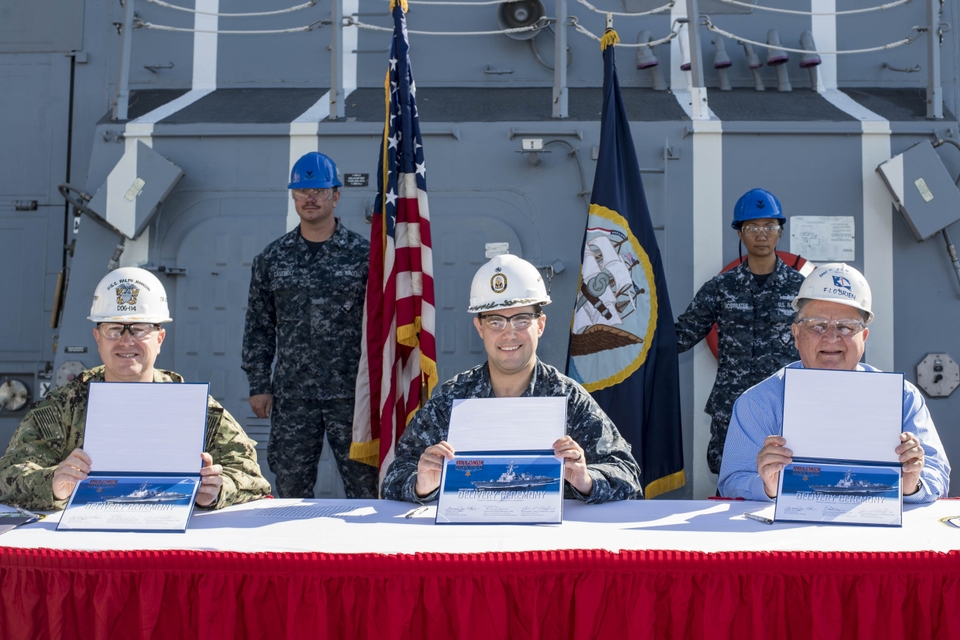 “Today’s delivery is a culmination of the hard work and dedication of thousands of shipbuilders, industry partners, the Navy and our Gulf Coast shipmates,” said George Nungesser, Ingalls’ DDG program manager. “It is a pleasure for our Ingalls team to observe a well-trained crew take ownership of the ship. The shipbuilders of Ingalls will always be watching where you go and celebrating your successes.” 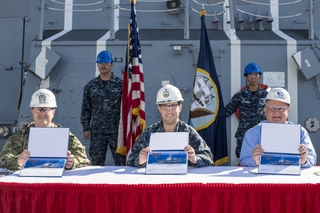 The signing of the DD 250 document officially transfers custody of the ship from HII to the Navy. Ralph Johnson is scheduled to sail away from the shipyard in February and will be commissioned on March 24, 2018, in Charleston, South Carolina.

“This marks an important milestone in this ship’s life with the formal completion of construction,” said Cmdr. Jason P. Patterson, the ship’s prospective commanding officer. “I want to thank the shipbuilders for constructing this great ship named after a great man. The crew can sail with confidence that this ship will bring the fight to the enemy and take care of her team just like Ralph did.”

DDG 114 is named to honor Pfc. Ralph Henry Johnson, who was awarded the Medal of Honor for his heroic actions that saved lives during the Vietnam War. Johnson shouted a warning to his fellow Marines and hurled himself on an explosive device, saving the life of one Marine and preventing the enemy from penetrating his sector of the patrol’s perimeter. Johnson died instantly. The Charleston native had only been in Vietnam for a little more than two months when he was killed at the age of 19. 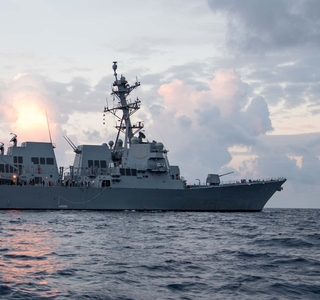 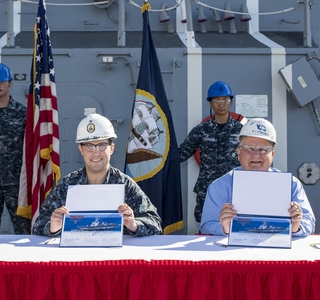