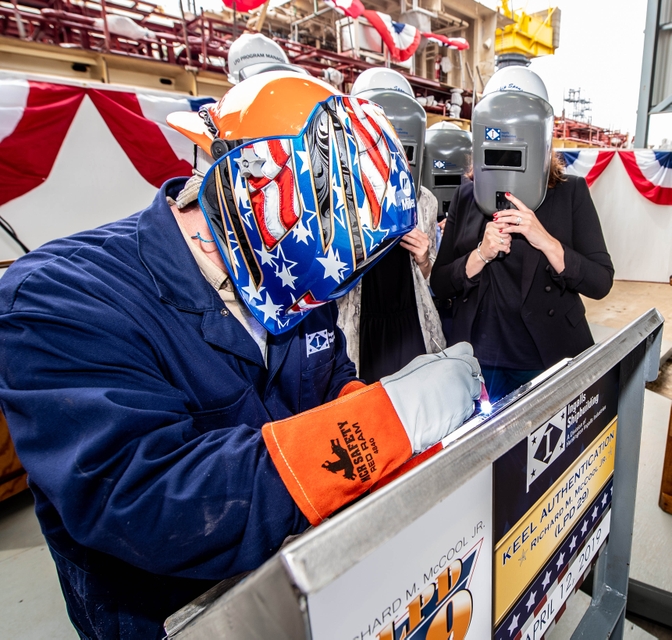 “The ships in the San Antonio-class are designed to land Marines anywhere in the world in support of a wide range of military operations–from power projection to threat mitigation to humanitarian aid. They are truly remarkable ships and ones we are proud to build,” said Kari Wilkinson, Ingalls’ vice president of program management. “LPD 29 is the 13th San Antonio-class ship under construction at Ingalls. Like the ship’s hero namesake, Richard M. McCool Jr., LPD 29 will be strong and capable. Our men and women in the Navy and Marine Corps deserve nothing less.”

“Thank you for having us here today and allowing us to say few words about our grandfather. My grandfather was very humble and one of the most caring men you could ever hope to meet. He never showed off. When asked about the war, he just said, ‘I did my job, and I did what any other person would do.’ My cousins and I grew up seeing pictures on the wall of the Medal of Honor from President Truman, pictures of his ship, but to us he was always just grandpa.” Shana McCool, LPD 29 Ship’s Co-Sponsor 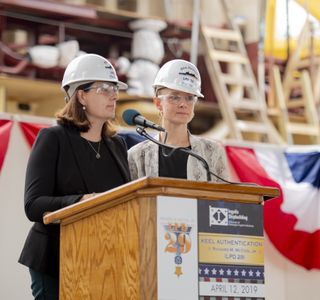 LPD 29 is the first U.S. Navy ship named in honor of Richard M. McCool Jr., who received the Medal of Honor for “conspicuous gallantry and intrepidity at the risk of his life above and beyond the call of duty” as commanding officer of infantry landing support craft during the Battle of Okinawa.

Shana McCool and Kate Oja, the granddaughters of Richard M. McCool Jr., are the Ship’s Co-sponsors.

The San Antonio class is the latest addition to the Navy’s 21st century amphibious assault force. The 684-foot-long, 105-foot-wide ships are used to embark and land Marines, their equipment and supplies ashore via air cushion or conventional landing craft and amphibious assault vehicles, augmented by helicopters or vertical takeoff and landing aircraft such as the MV-22 Osprey.

Ingalls has delivered 11 San Antonio-class ships to the Navy and has two more under construction including LPD 29. Fort Lauderdale (LPD 28) will launch in 2020 and is scheduled to deliver in 2021. In March, Ingalls received a $1.47 billion, fixed-price incentive contract from the U.S. Navy for the detail design and construction of LPD 30. The ship will be the 14th in the San Antonio class and the first Flight II LPD. Start of fabrication on LPD 30 is scheduled for 2020. 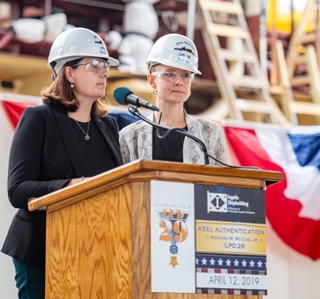 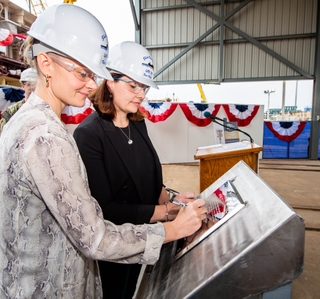 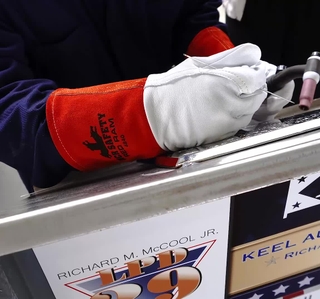 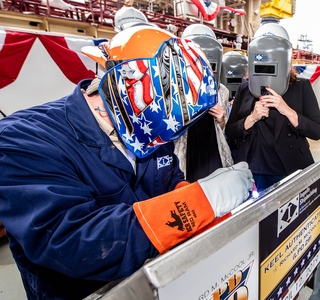 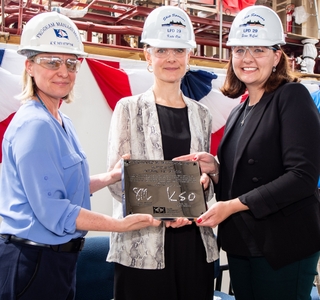 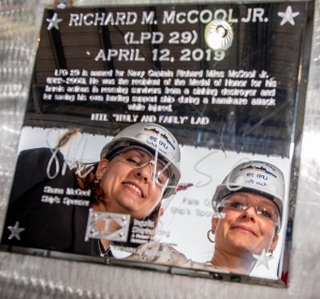 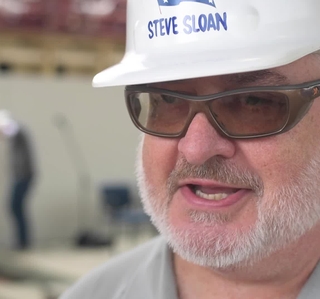 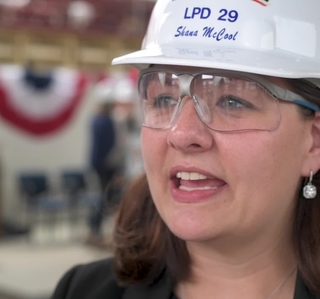 Co-Sponsors Reflected in the Plaque

Shana McCool, is the granddaughter of Richard M. McCool. She, along with Kate Oja, are the ship’s co-sponsors.