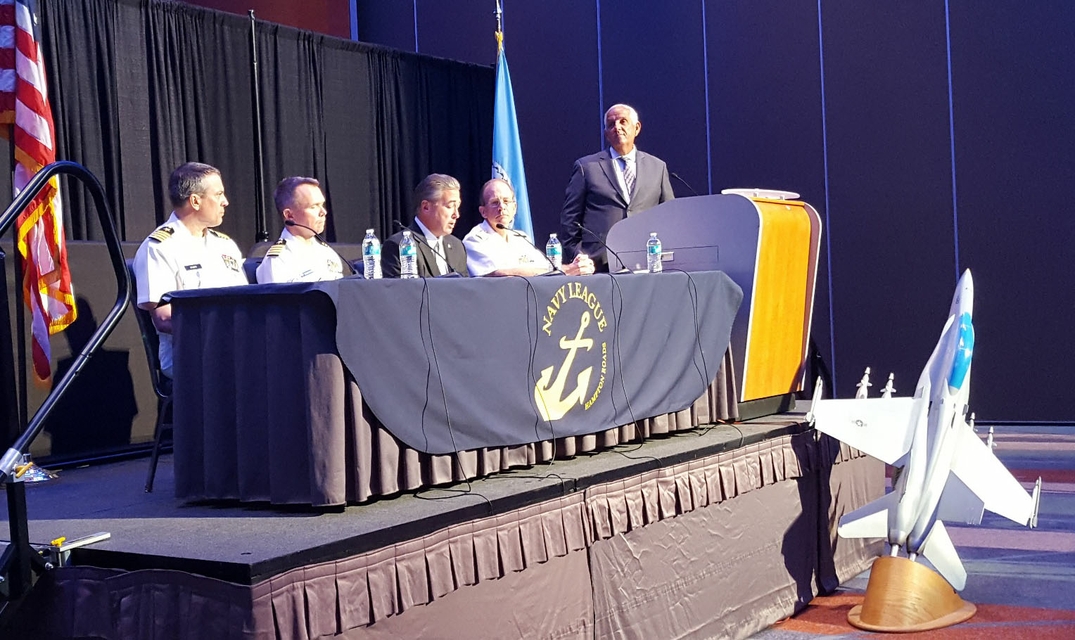 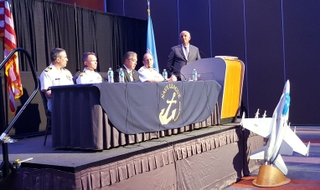 Oceana’s 75th anniversary is another reminder of just how important the military is to our nation. The military presence in Hampton Roads has positively shaped our community, and it has created a sustained and strong industrial base.

Whether you are here representing a branch of the military or a defense supplier, we are all here with one primary goal in mind: to contribute to our military strength and success. I’m honored to be here this morning representing Newport News Shipbuilding.

For people unfamiliar with our shipyard, we are the nation’s sole designer, builder and refueler of nuclear-powered aircraft carriers. We are also one of two companies that build nuclear-powered submarines.
We also provide significant support to the naval shipyards by supplying Newport News shipbuilders to augment naval shipyard labor resources.

Our nuclear aircraft carrier experience began with CVN 65—the Enterprise—and we’ve built every nuclear-powered carrier since, including 10 Nimitz-class carriers and CVN 78—the first of the Ford class.

We are about 48 percent complete on the second Ford-class carrier, CVN 79, the John F. Kennedy —which, is on track to use about 18 percent fewer construction man hours than its predecessor. With each carrier we build, we benefit from lessons learned and capital investments we are making in our shipyard to make aircraft carrier construction more affordable.

We work closely with the Navy to leverage our experience, our facilities—and those lessons learned—to continuously drive down cost. Everything we’re doing in the yard—including the implementation of our digital shipbuilding initiative—is transforming how we build ships. We always have an eye toward increasing efficiency and affordability.

Just as important, is the Navy’s need for more capable ships. Nimitz-class aircraft carriers will be a critical platform in the Navy fleet for at least another four decades. But the mission and operation of CVNs today, coupled with current technologies, is outgrowing the 1960s design of the Nimitz-class ships.

Ford’s digital design has facilitated our digital shipbuilding initiative at Newport News Shipbuilding, and we are already seeing greater efficiencies using digital tools and processes. We continue to invest in our facilities and improve our assembly approach, allowing more construction to occur indoors, under cover, and building larger units with significantly more outfitting. Savings can also be realized before construction even begins.

To that end, we submitted a proposal to the Navy in May for a CVN 80 and 81 block buy contract, similar to the successful Virginia-class submarine model. The Navy recognizes the value in this approach. And on Monday, President Trump signed the 2019 National Defense Authorization Act that signals stability and predictability.

We think these are all steps in the right direction toward returning to a 12-carrier fleet and achieving the 355-ship Navy that our nation needs. And we will continue to do our part to deliver the most capable carriers in the world at the lowest possible cost. We are proud of our role supporting the mission of our nation’s warfighters—and we feel we are a true teammate and partner in this relationship.

Thank you for inviting industry to participate here today, and congratulations to Oceana on their 75th anniversary.